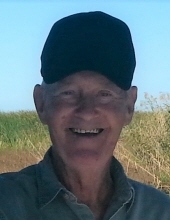 Charlie Allred, age 85, of Bushnell Florida passed away on August 2, 2019,  at Lane Purcell Hospice House of Sumterville. Charlie was born on August 23, 1933 in  Tupelo Mississippi to Albert and Willie Allred. Charlie was a hard working man who loved  farming and growing gardens, fishing, hunting and the outdoors. He enjoyed being with his family.  He was a friend to everyone that he met.

Want to get notified whenever we write about Brewer & Sons Funeral, Cremation & Cemetery Services ?

Sign-up Next time we write about Brewer & Sons Funeral, Cremation & Cemetery Services, we'll email you a link to the story. You may edit your settings or unsubscribe at any time.